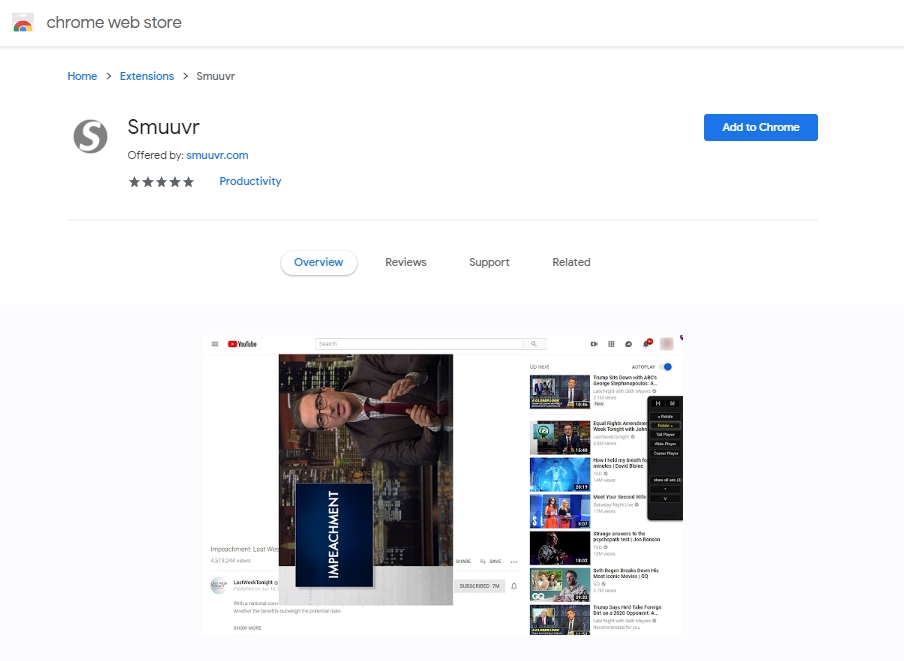 Today we released version 1.8 on our site. This version fixes LOTs of things that may have caused performance slow downs in the past, especially if you’re running lots of tabs of supported sites at the same time. The new version runs like BUTTER compared to the old versions before 1.8.x. Please update if you have an older version!

Update (8/23): Google has approved and released Smuuvr 1.8.0 via the Chrome Extensions Store and it is available for install there again now

Also note, Google Extensions Store is still reviewing the new release, and they take up to a week or more sometimes, so our page in their store will be down until they approve. In the mean time, you can get the latest version (1.8.x) from our site here and manually install (see the manual install instructions page)

Here’s a quick review of the changes with this update: